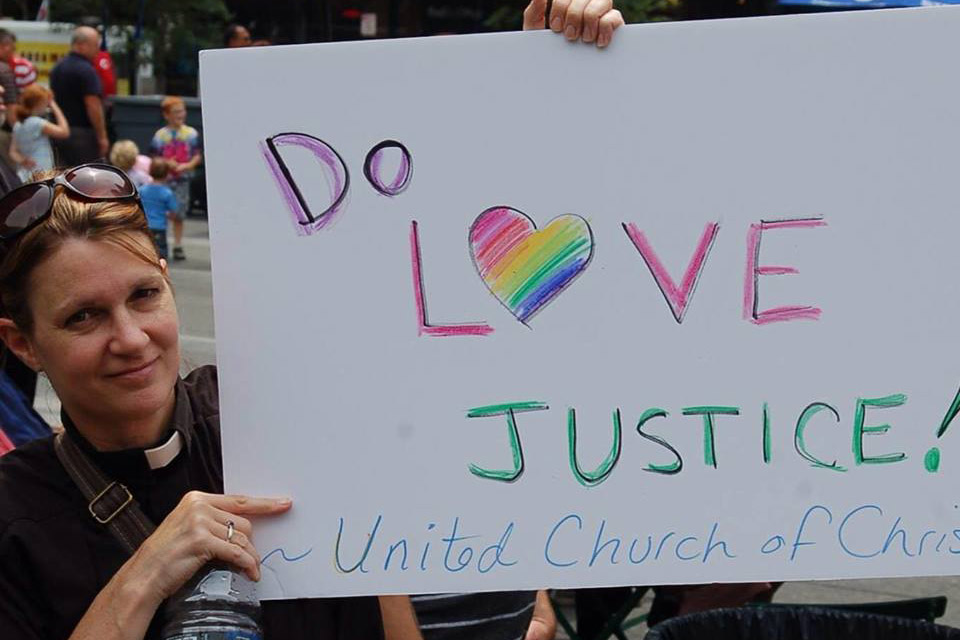 Pastor Kelly grew up attending Trinity United Church of Christ in her hometown of Tiffin, Ohio. With many of the churchs denominational events taking place at nearby Heidelberg University, she grew a sense of belonging to the wider church from a young age. At age 14 she attended the UCC National Youth Event and still remembers it as a pivotal event in her spiritual life, one that her understanding of God and her later call to Christian ministry as a vocation.

In 1992 Pastor Kelly earned a Bachelor of Science in Education degree from Ohio University.  Following graduation she bartended at the worlds longest bar on South Bass Island in Lake Erie and taught English in Tokyo, Japan before matriculating at Yale Divinity School, where she earned a Master of Divinity. In 2000 she was ordained and called to serve as Associate Minister of Dover Congregational UCC in Westlake, Ohio.

In 2007 Pastor Kelly accepted an opportunity to coordinate the 2008 UCC National Youth Event, the quadrennial gathering that had been pivotal in her own faith as a teenager. She stayed on in the national offices of the United Church of Christ as Interim Minister for Youth and Young Adults, then served as Minister for Leadership Development with Justice and Witness Ministries before her call to Pilgrim Church in 2014.