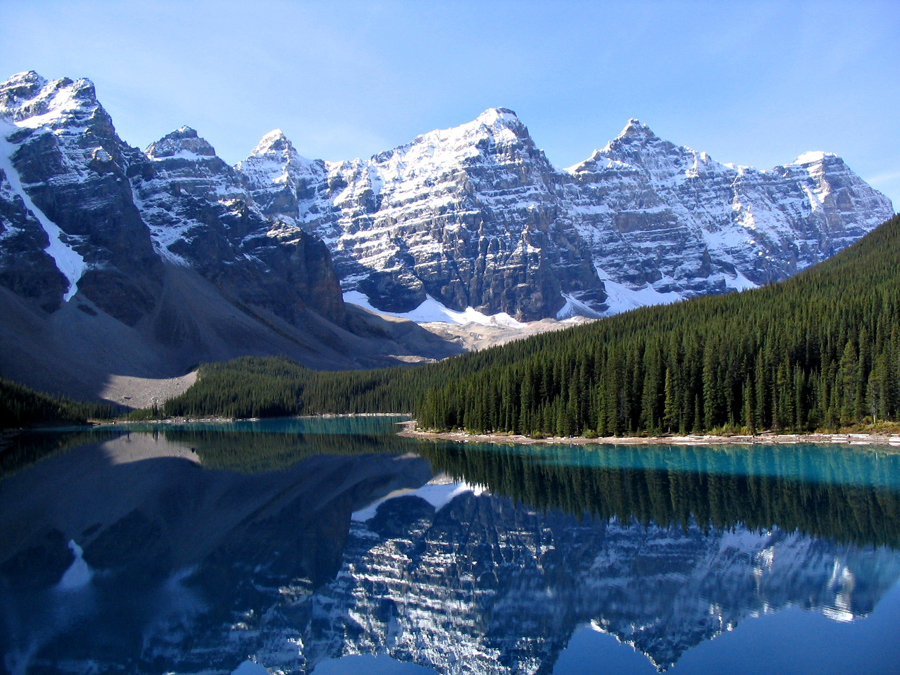 Creator God,
You who has created and is creating, prepare our hearts and open our minds that the words of my mouth and the meditations of our hearts be acceptable in your sight, O Lord who is our strength and our redeemer. Amen.

I have a thing for mountains. Some people love to go to the beach, but when I am in the mountains, I have a sense of peace. I remember sitting at a coffee shop in Denver following a job interview after graduation and looking at those mountains and thinking, “How can you have a bad day when this is your view?” I have been fortunate to see many mountain ranges in my life. I have seen the Green Mountains in Vermont, the Adirondack Mountains in New York, the Sierra-Nevada Mountains in Nevada, the Canadian Rockies in Alberta, and I have even seen the Alps in Austria. But by far, my favorite mountains are the Colorado Rockies. Having grown up in Nebraska, they were the closest mountains and their majesty and beauty makes me feel closer to God. But there is no way I could ever begin to explain that majesty and beauty if you have never seen them. Seeing is believing.

Yesterday was Earth Day; some of you marched in the march for science in downtown Cleveland, some of you attended EarthFest at the Cuyahoga County Fairgrounds. The very first Earth Day was in 1970 and was started by Senator Gaylord Nelson of Wisconsin in response to a massive oil spill in Santa Barbara, California in 1969. He wanted to talk about the environment and find ways to defend the planet. Although Earth Day has become a worldwide event, a recent Gallup poll shows that 42% of people believe that the dangers of climate change are exaggerated and less than half say that protection of the environment should be given priority over energy production. Despite extinction of species of animals and plants, that 1 in 10 people do not have access to safe drinking water in the world, and the polar ice caps have melted faster in the last 20 years than in the last 10,000 years, people still do not believe in climate change. Seeing is believing.

Tomorrow is Holocaust Day of Remembrance in the United States. It is a day established by Congress in 1980, to remember the victims of the Holocaust as well as create a living memorial to remember the victims and survivors. It is through the council created by Congress that the Holocaust Museum in Washington, D.C. was created. When news from Germany began arriving to the United States that Adolf Hitler was systematically attempting to eradicate Jewish, disabled, Gypsies, and homosexual people, there were many who did not believe it. There were many Germans who did not believe that those groups of people were being killed in gas chambers or starved in concentration camps. It was only when pictures of emaciated men, women, and children were seen or mass graves were found after the liberation that the full extent of this atrocity was understood. Seeing is believing.

Our scripture passage from John also has to do with someone wanting to see to believe. Thomas is often referred to as “doubting Thomas,” but I wonder how many of us would have been like him had we been there on that day? If we had not been there to see Jesus for ourselves, would we be among the “deniers?” How many of us are still like that? How many of us still live in a crucifixion world rather than a resurrection world?

But we are Easter people. We are people of faith and we are called to live in a resurrection world. All three of the scripture passages remind us that we are living in a resurrection world and though at times it may not seem like it, the writer of 1 Peter reminds us that we must live in hope. That means that we continue to plant our community garden so that the earth is tended and the hungry are fed while pressuring our community leaders to invest at least as much in our neighborhoods as they are willing to invest in a sports arena. It means that we continue to be a place of welcome for the LGBT community while learning about ways to be involved in the community for another marginalized group – immigrants. It means that, as we talked about during Lent, we do not simply live our faith as a show, but we live our faith in all parts of our life as a way to proclaim the Good News of a resurrection world.

Earth Day is over, the March for Science is over, and after tomorrow, Holocaust Day of Remembrance will be over. But the Resurrected One lives on through each of us as we share with the world around us how living in a resurrection world is different. One of my favorite seminary professors, Emily Askew, gives a powerful lecture on hope. At the end of it, she says, “Now go out and plant some hope. It’s dark outside? All the better.” She knew when she recorded that lecture for her online students that most of us would be listening in the evening, after work, after family responsibilities, when it was dark. Yes, we live in a dark world at times, but the resurrection promises us that there is a different way to live. When we plant hope in God’s creation, we help create that resurrection world. Don’t believe me? Try it! Seeing is believing.

Lessons for Second Sunday of Easter (A)